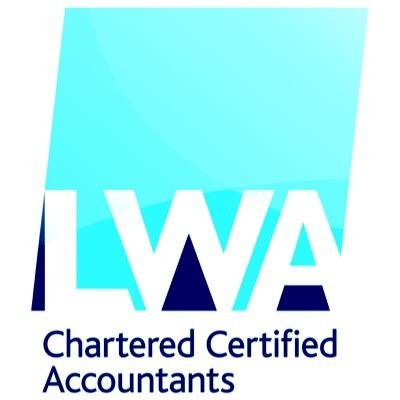 Thank you to Leavitt Walmsley & Associates for sharing their latest tax tips and news with us.

HMRC has started the tax reconciliation process for the majority of taxpayers who are taxed under PAYE. This may include you or your relatives, as this reconciliation also covers those in receipt of the State Retirement Pension and private pensions.

If the HMRC computer system finds there is a difference between the tax collected under PAYE and the amount due for the tax year to 5 April 2015, it will issue a form P800 which includes a tax computation. Even if we are authorised to deal with HMRC on your behalf they won’t send us a copy of the P800, so please forward a copy to us if you get one.

If you have overpaid tax for 2014/15 a cheque for the tax refund should arrive about two weeks after the form P800. You don’t have to request that tax refund. However, before cashing the cheque from HMRC please compare the figures shown on the computation of tax on the P800 against your form P60 or payslips for 2014/15. We can help you with that.

Where the HMRC computer system thinks you have not paid enough tax for 2014/15 you will also receive a form P800, showing the amount of tax apparently now due for payment. It is even more important to check the calculation of any underpayment of tax. Common problems include:

– State Pension is an estimated figure, not the actual amount received;
– The value of benefits (e.g. company car or health insurance) are not as reported by your employer for 2014/15;
– The business expenses you claimed to be set against your income haven’t been deducted.

All of those problems arise because of the timing of returns processed by HMRC, which is not necessarily in line with the programme to issue P800 forms.

Another major issue this year is the duplication of employment income, which leads to an apparent underpayment of tax. This can happen because PAYE records submitted by employers are double counted by the HMRC system computer. If the income on your P800 looks too high you need to contact HMRC to get it corrected, or we can do that on your behalf.

Employers are supposed to be warned in advance that a penalty for a late PAYE report is due. The HMRC computer system should send an electronic notice through the PAYE online system, but in some cases those electronic notices have not arrived. If you have received a late filing penalty for PAYE we need to check if any of the following conditions apply:

In February 2015 HMRC announced that full payment submission (FPS) reports could be submitted up to three days after the day on which the employees were paid. This change was supposed to apply retrospectively for the whole of 2014/15, but in some cases that three-day grace period has been ignored and a penalty has been issued.

Employers with 50 or more employees were permitted to make one late real time information (RTI) submission in 2014/15 without incurring a penalty, so if there has been only one late return (which was over three days late), there should be no penalty.

All incorrect penalties need to be appealed as soon as possible using the online penalties and appeals service (PAS), which is available through HMRC’s PAYE online system. We can do that for you, but we will need the unique ID code on the penalty notice to submit the appeal.

You don’t have to pay the penalty while any appeal against it is under consideration. Of course, if the penalty is cancelled on appeal it doesn’t have to be paid at all.

If you have received a penalty for late filing of your personal tax return it is possible to get it cancelled if all of the following conditions are met:

– the penalty relates to your tax return for 2013/14;
– you have now submitted that tax return to HMRC;
– your appeal against the penalty includes a reasonable excuse for the late filing.

The reasonable excuses that HMRC will accept include; computer faults encountered while submitting the return, unexpected postal delays (only applicable to paper tax returns), life-changing events such as the death of a close family member, and fire or flood that occurred shortly before the tax return had to be filed.

HMRC admit that where a taxpayer is flummoxed by their online systems that can also be a reasonable excuse for later filing. However, you need to be more precise than saying; “I didn’t understand the online instructions”.

An acceptable reasonable excuse may be: “When I pressed ‘submit’ I received an error message that said; ‘access denied’. I rang the HMRC online helpdesk on these occasions and received the following advice…”

When you contact HMRC for help with any tax return filing problem, whether for personal tax or business tax returns, always make a note of the exact time you rang and the number you called. If the HMRC officer tells you to do something (e.g. wait for a code number), write down what was said and ask for a name and reference number for that advice.

Many tax forms have to be filed online these days, and it can be an exasperating process. We can relieve that stress and leave you to get on with running your business by filing the tax forms on your behalf.

When you register your business for VAT you can reclaim the VAT charge on goods you acquired within the previous four years, and on services provided to your business within the last six months. As long as the items were used for your business, and you still held the goods (as stock or business assets) at the date of the VAT registration, you can claim back the VAT on your first VAT return.

However, the VAT man has recently changed his view on exactly how much VAT you can reclaimin this situation. He now says that any use of assets in your business in the period before you registered for VAT should be discounted. This is best explained by an example.

Since VAT was introduced to the UK in 1973 the rule has always been that ALL the VAT on assets in use at the VAT registration date could be reclaimed. In the example above Chad would have reclaimed £15,000 in respect of his lorry.

The new interpretation of the VAT law has not been included in the VAT notices and leaflets published by HMRC. So if you have previously reclaimed all the VAT on goods (up to four years old) held at the date your business became VAT registered, you don’t have to alter your VAT claims.

If you believe you will need to register for VAT soon, as your turnover will exceed £82,000 for the last 12 months, talk to us without delay.

Q. I personally own a number of buy-to-let residential properties. My son will attend a new school from September and it would be convenient for the family to live in one of those let properties. Can the cost of repairs made to that property while we are living there be claimed as expenses against the rental income from the whole property portfolio?

Q. My company runs a record label specialising in club music. We used to produce the music on CDs, but now almost everyone buys music as a download or via a streaming service. I have a large number of CDs in stock which I am unlikely to ever sell. How should I value that stock in my accounts?

A. The acceptable method of valuing stock is: “the lower of cost and net realisable value”. As you think it is unlikely that the stock will be sold, it has a nil realisable value, so you can value it at nil in your accounts.

Q. I am the director of my own company, which has kindly purchased new spectacles for me for £269. These include lenses specially formatted for the design work I do on screen. Do I need to include the cost of the glasses on the form P11D for the year?

A. As you need the glasses for your work using a computer the company can pay for the cost, and there is no taxable benefit for you.

Having had little to no experience in bookkeeping and having learnt on the job there have been many challenging moment, so knowing that the support service at COS is only a phone call / email away has been so reassuring. For me their support has been invaluable. If I have a query; and I have

You can find out more about which cookies we are using or switch them off in settings.

This website uses cookies so that we can provide you with the best user experience possible. Cookie information is stored in your browser and performs functions such as recognising you when you return to our website and helping our team to understand which sections of the website you find most interesting and useful.

Strictly Necessary Cookie should be enabled at all times so that we can save your preferences for cookie settings. If you don't them stored for the next time you visit, you have the option to delete this on your computer, via the browser.

If you disable this cookie, we will not be able to save your preferences. This means that every time you visit this website you will need to enable or disable cookies again.

This website uses Google Analytics to collect anonymous information such as the number of visitors to the site, and the most popular pages.

Members' Mojo is connected to this site but we are not responsible for those cookies. Please contact members' mojo to find out more about the cookies they store.

Please enable Strictly Necessary Cookies first so that we can save your preferences!